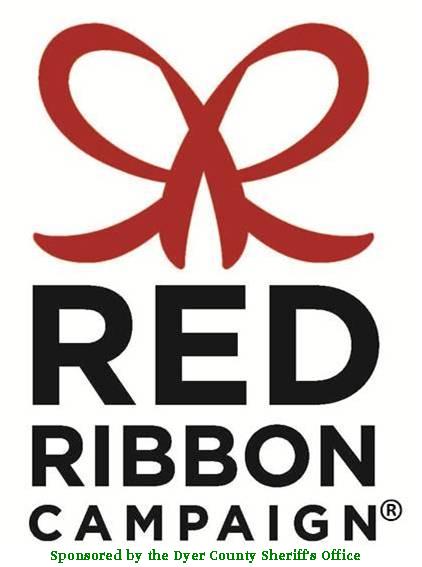 The Dyer County Sheriff's Office also provides drug awareness by sponsoring a annual Red Ribbon Celebration campaign. Since its beginning in 1985, the National Red Ribbon Campaign has touched the lives of millions of people around the world. In response to the murder of DEA Agent Enrique Camarena, angered parents and youth in communities across the country began wearing Red Ribbons as a symbol of their commitment to raise awareness of the killing and destruction cause by drugs in America.

On Feb. 7, 1985, the 37-year-old Camarena left his office to meet his wife for lunch. Five men appeared at the agent's side and shoved him in a car. One month later, Camarena's body was found. He had been tortured to death.

In honor of Camarena's memory and his battle against illegal drugs, friends and neighbors began to wear red badges of satin. Parents, sick of the destruction of alcohol and other drugs, had begun forming coalitions. Some of these new coalitions took Camarena as their model and embraced his belief that one person can make a difference. These coalitions also adopted the symbol of Camarena's memory, the red ribbon.

Today, the Red Ribbon serves as a catalyst to mobilize communities to educate youth and encourage participation in drug prevention activities. The Dyer County Sheriff's Office is proud to be part of the network of individuals and organizations continue to deliver his message of hope to millions of people every year, through the National Red Ribbon Campaign and by assisting in awards ceremonies in our schools honoring our children who take part in the Red Ribbon Week Campaign.

Message from the Sheriff